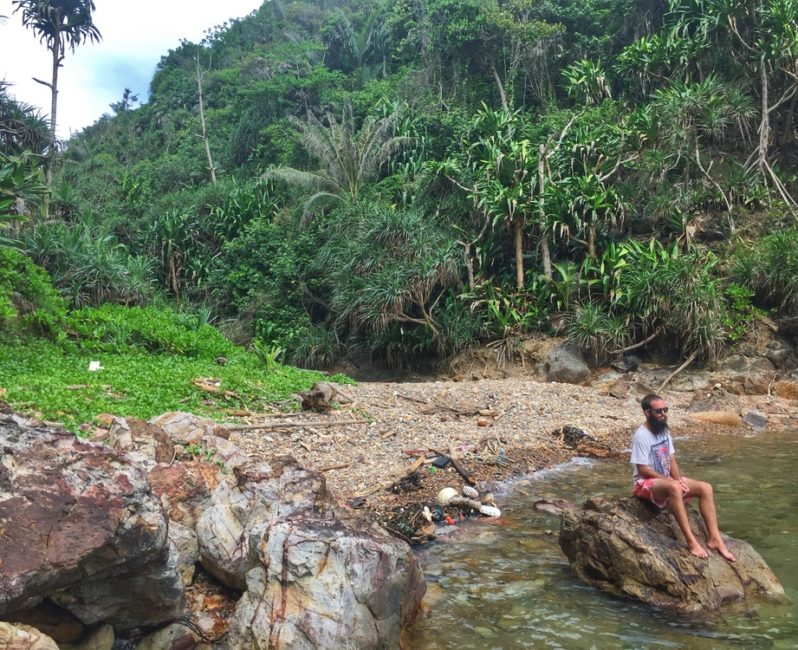 About the Kapas Island Jungle Trek

This is a guest post by Jub from  Tiki Touring Kiwi who recently spent a lot of time travelling in Malaysia. Here’s his excellent run down on a circuit walk on Kapas Island in Malaysia.

Hike name: Kapas Island Jungle Trek
Hike location: Kapas Island, Malaysia
Hike length: 3km approx.
Duration: 2 hours absolute max but it can be completed in less than an hour if you’re feeling fit.
Who the hike is best suited for: This isn’t a tricky hike, but if you aren’t great with descents you may not like the five minutes or so as you approach the opposite side of the island where there’s a steep descent with a rope to assist.
Facilities: Stony Beach is on the other side of the island. There are no toilets on the way, so make sure you do your business before you start!.
How to get there: Head to Captain Longhouse at the southern end of the island. When you reach there, you’ll see the archway to Kapas Turtle Valley. Start heading up the stairs and take a left when you see the sign towards the top of the stairs.
Maps: If you download Maps.me, you’ll find the path on the island. The path isn’t available on Google Maps. No physical map required. 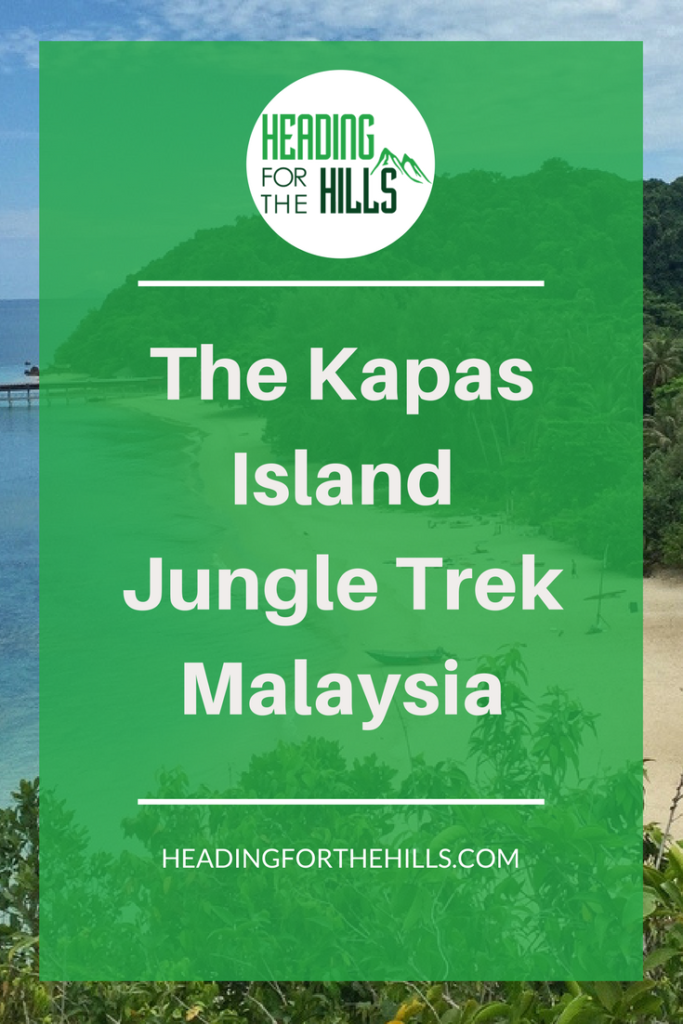 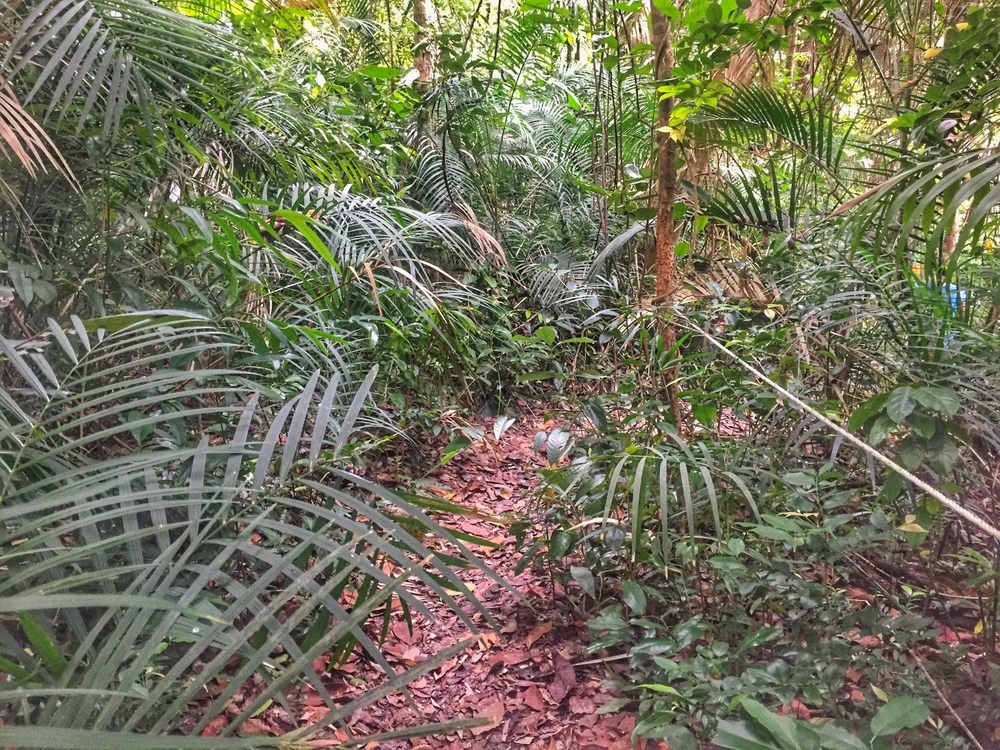 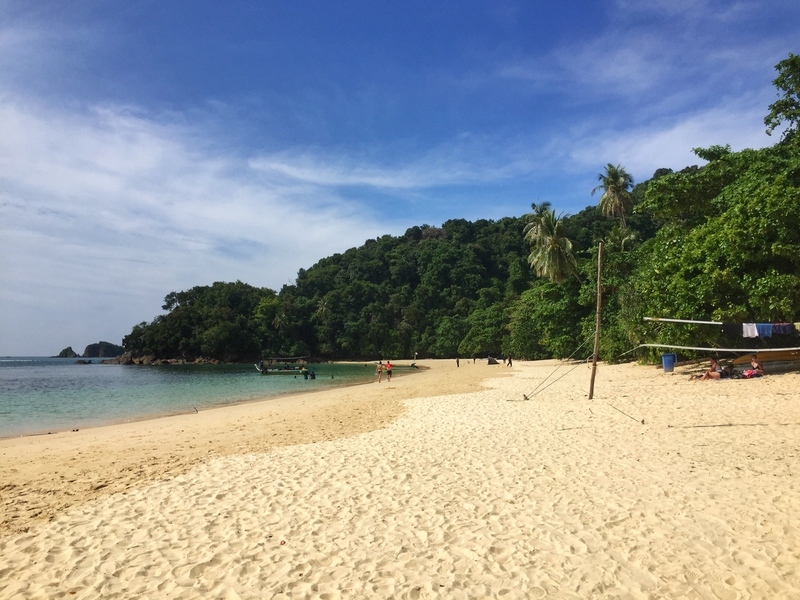 “It’s only a 3km jungle hike, sandals will be fine,” I said to my friend.

It was time to tackle the jungle trek having lounged on the incredible Kapas Island beaches for three days.

After heading to the top of the stairs leading to the lighthouse and Kapas Turtle Valley we turned left to start the jungle trail. With wooden signs inscribed with typical island quotes such as ‘take not but photos’ and ‘leave nothing but footprints’, the hike was off to a smooth start.

Previous hiking experiences in Malaysia’s Ipoh and Penang have left me confused with a lack of directions and markings. This time there was none of that with rope tied between trees leading us most of the way, as well as orange markings and white guideposts, normally seen on the side of roads. 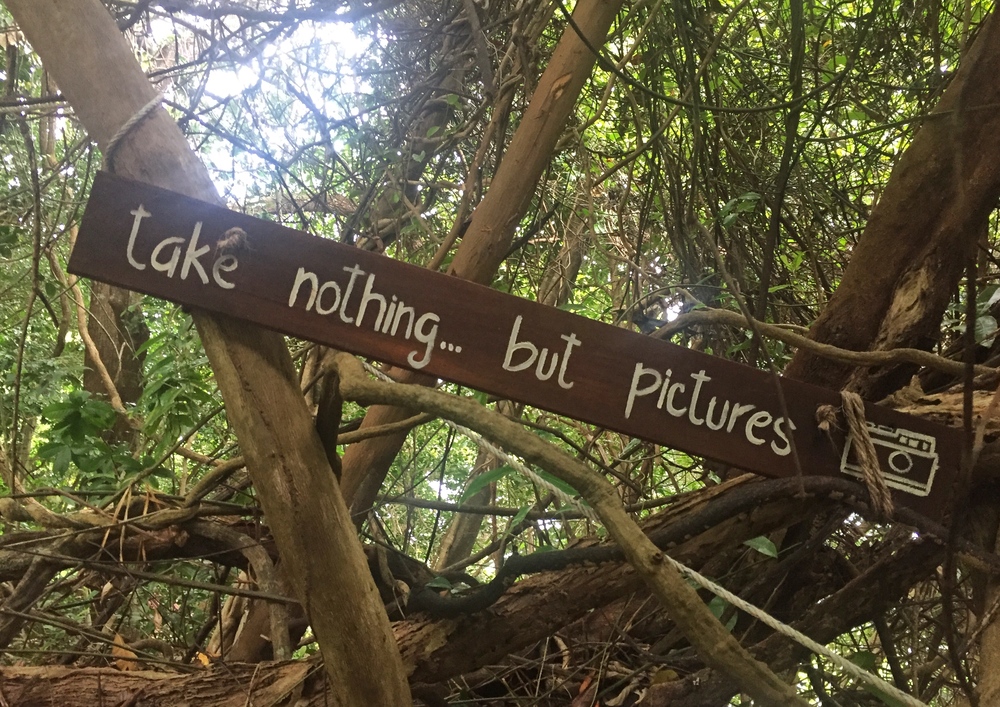 Take nothing but pictures

As we meandered up and down the gentle terrain I noticed the inaccuracies of the distances markers. When we passed the 800m sign, I knew we still had at least a kilometre to go based on Maps.me so that is something to keep in mind if you’re doing this hike. Don’t believe the signs!

We hugged the tree as the next sign said to and after 50 minutes we arrived at the beach, the goal of the hike. This was after an unexpectedly steep decline that would be dicey in the wet. I started to somewhat regret the decision not to bring shoes as my friend glared at me (apparently I should have said to bring some fruit too, whoops).

With such awesome sandy beaches on the populated side of the island, the stony beach didn’t stand out.

The hike is a loop, so after a 20-minute break, we began the hike back to our beach campsite, hopping up the stream until we hit the path that followed the river back and forth.

The second half was a lot flatter and we went extra quick while passing periods of stagnant water, which was popular with mosquitos.

Before we knew it, we finished the hike at the back of Kapas Island Resort and were soon back on the beach we loved. The hike took us a bit under two hours including the break, definitely longer than the hour I scheduled. It didn’t help we had no shoes though.

Speaking to others, they said much the same. The trail was easy to follow and they didn’t struggle overly at any point though were mystified by the distance markers being so inaccurate. All in all, there aren’t any spectacular views on the hike beyond the lighthouse but was a nice change of routine of sunbathing, reading and snorkelling.

You could do this hike the way opposite to me, but starting at the Kapas Turtle Valley resort end is definitely the best in my opinion.

Jub is a kiwi who loves his sport both as a spectator and participant, which is also the new focus of his blog, Tiki Touring Kiwi. When he’s travelling he’s always trying to cure the itchy feet by figuring out a silly mission to complete. That may involve a hitchhiking mission, big hike, exploring a random destination or simply enjoying a long walk with a few podcasts ready to go. 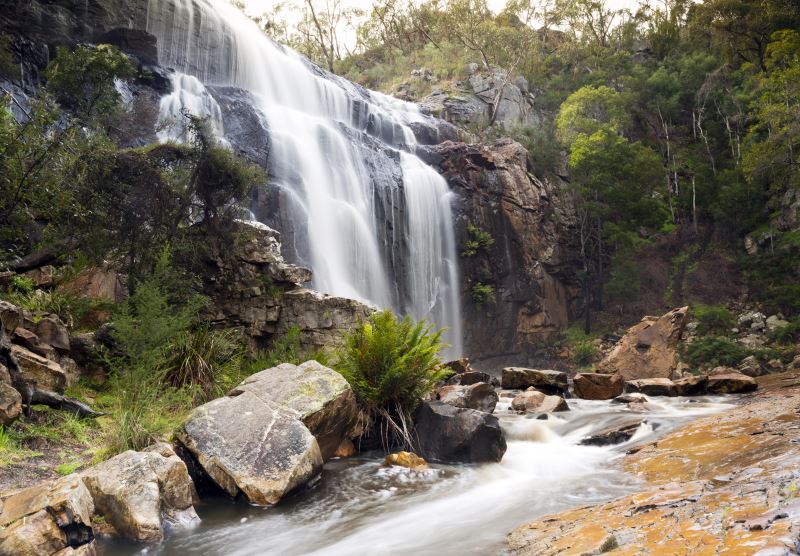 One Response to :
The Kapas Island Jungle Trek, Malaysia 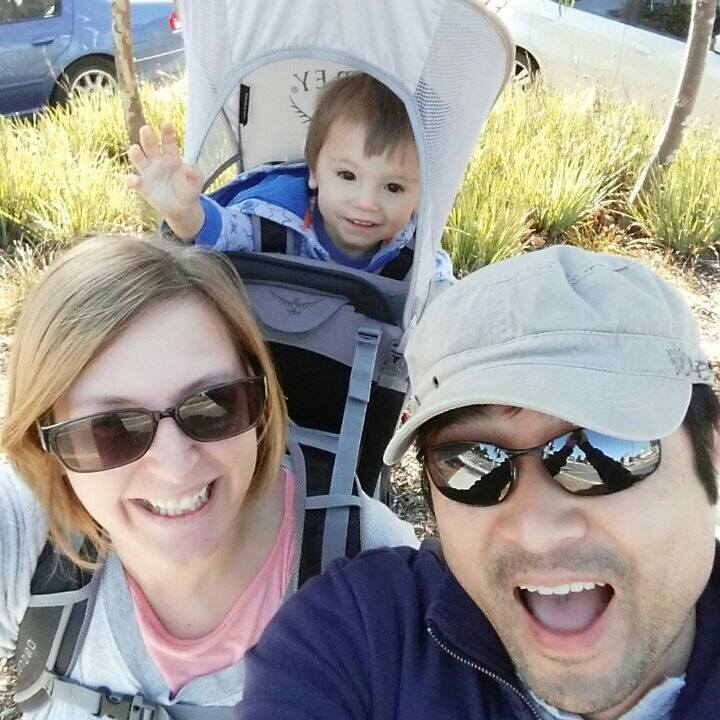 Hello! We’re Sandra, TJ and The Monsta. We love hiking and getting outdoors. We’re from Melbourne, Australia, but currently living in South Korea where hiking is the number one sport, so we fit right in. We hope you find something useful on our site to help you plan your next adventure.